Many people know that the city of San Sebastian (Donostia in Basque) is called “La Bella Easo”, but perhaps they don’t know the origin of this name. It comes from the belief that the Roman city of Oiasso (Easo) was located in the place where the Basque town is now. But it seems that the Roman city was actually located where Irún is now. The fact is that San Sebastian is known by that name, and even one of the gentilicisms used to define the inhabitants is “easonense“.

Those who have visited it will recognise that it is a beautiful city. Open to the sea, with a historic centre full of places to admire, bars, canteens, and a good number of places to “get lost”. And if we talk about its gastronomy, it is a case apart. Donosti is one of the best places in the world to eat, taste delicious delicacies and savour exquisite tapas accompanied by local wine.

Donostia or San Sebastian has a unique location which its inhabitants have managed to make the most of. Its harmony and elegance go hand in hand with such a spectacular setting.

San Sebastian, one of the most cosmopolitan cities in Spain, along with Barcelona, contains several cities: the historic and seafaring city of the old quarter; the Frenchified city of the urban extensions promoted by the booming bourgeoisie in the 19th century, and the modern, international and daring city of advanced design, steel and glass.

All of them strive to look out onto the open balcony of its stately promenade and the white sands of La Concha beach, such a balcony that it even has a characteristic railing where tourists can happily take their portraits of themselves, bullfighting their way through life. One and a half kilometres long, it was Queen María Cristina’s favourite beach, and behind her came the aristocracy who commissioned their architects to build English-style villas. La Concha eclipses two other beaches worth visiting: Ondarreta and Zurriola

The ‘comb’ that smoothes the winds

Where the promenade of La Concha ends and the coastline gratefully sheds its urban corset, there stands the Comb of the Winds, a work by Eduardo Chillida that is best seen on stormy days or when it rains a little, when the waves and the air lash the colossal sculpture with their force. From here, a 1912 funicular railway takes you to Mount Igueldo. An elevation of almost 200 metres that can be seen from La Concha, along with the island of Santa Clara and Mount Urgull. The views from this peak are spectacular.

Let us learn a little more about the origins of the city of San Sebastian. The monarch Sancho Garcés III el Mayor was the first to mention the city and Sancho VI was the first to give it a town charter and a charter of jurisdiction. Its first inhabitants were fishermen, but it was given its name by the pilgrims to Santiago in honour of Saint Sebastian, patron saint of travellers.

La Concha Bay is one of the most striking sights of San Sebastian.

The present-day city, however, is relatively modern because since the 12th century it has suffered up to twelve fires that almost completely destroyed it, especially the one in 1813, at the end of the War of Independence. With this good reason, that of getting to know San Sebastian through its history, we can travel to the north of Spain and enjoy the experience.

An iconic point of interest in San Sebastian is the Kursaal auditorium, which is called ‘the Cubes’ (1999) because its two concert halls and other uses are cube-shaped, two irregular cubes, two dice thrown at random. The cubes are made of translucent glass and wood. They change colour by day and by night when illuminated. Why Kursaal? The Kursaal was the multi-purpose hall of the elegant astro-Hungarian spas where sometimes casinos were installed or sometimes they were used as restaurants

A walk through the old town

The refreshing walk along the Concha leads to the Alderdi-Eder gardens with their tamarisk trees, and to the Town Hall, a beautiful building inaugurated as a casino in 1887. It connects with the Ondarreta promenade, whose gardens lead to the foot of the Igueldo and where the Victoria Eugenia Theatre is located. Next to it is the no less beautiful and nineteenth-century María Cristina Hotel, accommodation for the film stars who come to the San Sebastian International Film Festival.

The Boulevard, which separates the old quarter from the Ensanche area, is also an attractive promenade. The lampposts, always different, with railings to lean on to admire the bay and the Urumea River, crossed by three beautiful bridges (Santa Catalina, Zurriola or Kursaal and María Cristina) are one of the most representative images of the city.

In the old part, which extends into the area contained by the old city walls, hardly any buildings dating from before 1813 have been preserved, but the personality that has made it famous remains intact. In the heart of the narrow streets full of taverns and cider bars is the Plaza de la Constitución, with its characteristic arcades and numbered balconies, a vestige of when bullfights were held here. In calle 31 de Agosto you will find the basilica of Santa María del Coro (18th century), patron saint of the city, and the church of San Vicente (15th century), the oldest church in San Sebastian.

The Kursaal is one of the most emblematic buildings in San Sebastian.

For history lovers, a recommended visit in San Sebastian is to the emblematic Mount Urgull, which dominates the city’s landscape. Facing the sea, it is now a well-tended park that explains the history of the city through the remains of the fortifications there and its explanatory panels. In these same spots, among pine woods, we find the romantic cemetery of the English dead in 1813, during the siege of San Sebastian by Napoleon’s troops.

To end the tour of beautiful San Sebastian, it is worth visiting the San Telmo Museum, a former 16th century Dominican convent where the San Sebastian Municipal Museum has been housed since 1932. The exhibition gallery is devoted to illustrating the evolution of Basque society, especially through ethnographic and fine arts pieces.

You should not leave San Sebastian without sampling its rich gastronomy in one of the many restaurants that dot the city. Travellers can also discover San Sebastian’s cider culture with a complete tour. You will visit the cider museum, taste cider and take part in the txotx ritual. 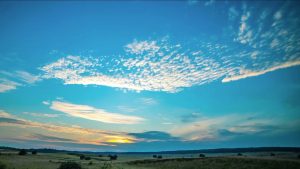 Planning, in the times we live in, has become virtually impossible. 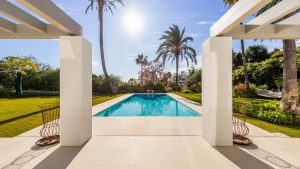 The houses that inspire us in the summer of 2020

For the first post of the summer we have made a selection of houses in which to enjoy the “new reality” outdoors. 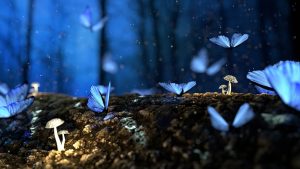 We’ve got a dream

No plans, no stress

The club for discerning travellers.

no thanks, I don't travel at the last minute